Skip to content
Home/Blog :::: KSG Scuba Scoop/Ask an Expert: Is it OK to Drink After a Dive?
Previous Next

Ask an Expert: Is it OK to Drink After a Dive?

Drink After a Dive? 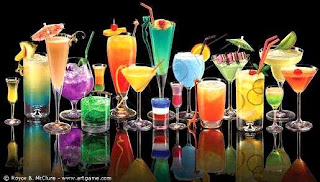 Long after that drink, alcohol can be a gateway to a host of problems

Hot sun. Turquoise water. Palm trees. Most divers’ preferred destinations are tropical and come complete with umbrella-laced cocktails and ice-cold beers. Alcohol is available in most dive locations, but drinking after a dive is not always advisable.

Although no studies have linked post-dive alcohol consumption to an increased risk of decompression sickness, a Divers Alert Network accident-analysis report states that up to one-third of divers with decompression sickness consumed alcohol within 12 hours of diving. Consider the following:

1. Alcohol is a diuretic and causes dehydration. Drinking one beer after a dive won’t cause a severe state of dehydration. However, drinking every day after diving — in combination with heat, cold water and immersion diuresis, and the dehydrating effect of breathing dry air — might cause chronic dehydration over the course of a dive trip. Dehydration is thought to be a risk factor for decompression sickness.

3. Alcohol exits the bloodstream slowly. Blood-alcohol levels reduce by about 0.015 percent each hour, but the effects of alcohol consumption might last for up to a day after drinking. These effects include impaired judgment, reaction time and concentration. Underwater, the effects of even a small amount of alcohol in a diver’s bloodstream might be amplified by the additive effects of nitrogen narcosis and other factors.

4. Alcohol might increase susceptibility to cold. A diver who has alcohol remaining in his blood from last night’s drinking might find he gets cold easily. Alcohol is a vasodilator and causes the blood vessels near the surface of a diver’s skin to dilate, increasing his heat loss. Cold is another predisposing factor to decompression sickness.

5. Alcohol’s effects might be felt long after it exits a diver’s bloodstream. Even when a diver has no alcohol left in his bloodstream, the effects of alcohol — such as reduced attention span, awareness and judgment — might linger. Some studies have noted the effects of alcohol up to 24 hours after a night of drinking. Regardless of a diver’s blood-alcohol content, a diver who feels exhausted or cannot think clearly after drinking should not be diving.

When deciding whether to drink after diving, a diver should use moderation, consider his personal alcohol tolerance and drink plenty of water. Time any after-dive drinks so the alcohol has exited the bloodstream before diving, and never dive with a hangover. Over the course of multiple dive days, avoiding drinking after diving will help to avoid dehydration and lethargy, and ensure that a diver gets the most out of his dive trip.

If you can’t escape it — or don’t want to — relax and enjoy, in moderation.

Let’s face it. On dive trips, especially  to tropical destinations, there are practices that are almost predestined. It’s pretty much in the regulations that every band must play Jimmy Buffett and Bob Marley, Facebook posts will show someone’s feet in a hammock and every restaurant will claim that its jerk chicken is the best anywhere.

And people are going to drink.

Not surprising, most of the dive-safety community frowns on mixing alcohol with scuba-diving activities. DAN advises to, “think twice before combining alcohol and diving.” An ounce of prevention is preferred over an ounce of rum.

In the Caribbean, they are very proud of their rum. Almost every island has its own, and degrees of refinement run from rotgut to sublime. Not only is consumption of alcohol accepted there, it’s expected. In fact, it’s vigorously promoted. Every place has its own “national drink” or favorite local libation. It’s almost de rigueur to cap off a day’s diving by popping a few cold ones at the nearest beach bar. Says one veteran course director, “Nothing — I repeat, nothing — tastes better at the end of a dive than a cold beer!”

So long as moderation is exercised, I have a hard time finding anything wrong with enjoying a few drinks as the sun sets after the last dive of the day has been made.

Yet on vacation, “moderation” can be elusive. In the Virgin Islands, we see our share of tourists who think that because they are vacationing in a “foreign country,” anything goes. There is almost a perception of “diplomatic immunity” as revelers file into the rum shacks and start drinking with impetuous abandon.

The multitudes of “overserved” are quickly forgotten — those who party responsibly are remembered longer, and far more kindly. They do not pose a threat to themselves or others around them. They wake up hangover-free and can usually recall the events of the night before without cringing.

Diminished capacity on land is bad enough. Consequences range from embarrassing moments to a night in jail. When one takes alcoholic impairment underwater, things can go from nice to nasty in no time at all.

The moral is to exercise common sense. Be as prudent on a dive trip as you would at home. Enjoy a measure of libation but with a double shot of good judgment.